English Music for the Four Seasons – with Devonport Chamber Orchestra

Auckland Welsh Choir is joined by the Devonport Chamber Orchestra in support of Habitat for Humanity.  This concert is themed as English Music for the Four Seasons – including The Lark Ascending, opera solos and choruses.

From 20th Century British composer Ralph Vaughan Williams we will hear the very popular piece for violin and orchestra The Lark Ascending with soloist Stella Kim.  Alongside it will be some of his superb realisations for voice and orchestra with a selection from the Folk Songs of the Four Seasons.  Mezzo soprano solos are provided by Sheridan Williams and Sue Braatveldt with conductors Diana Williams Rhodes and Steven Rapana. 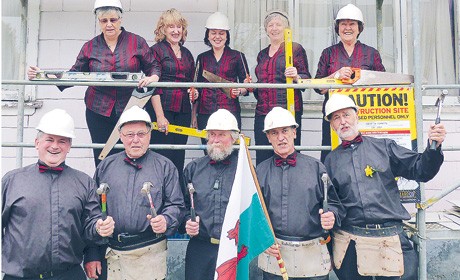